Drive - From Pawns to Players

Funny thing is never have I been so motivated to exercise! As I press the next page button on Kindle (thanks, my dear friend Dennis) and keep moving my feet on the ellyptical, my eyes are glued to the many concepts and theories in Daniel Pink's Drive.

I'm in the part he explore in more details the concept behind the self-determination theory that considers human beings as having self-directedness, autonomy that lead to an inner motivation to create, innovate, to go beyond. Though lots of research have been carried out about the subject, most companies still have their management system in the belief that people have to be controlled and push forward. Otherwise, inertia is the rule. Daniel might be an optimist just like me. He states that he believes quite the contrary. People can move on, be creative and do things even when they are not required to. He exemplifies with companies that have been giving part of the working hours back to employees, generally 20%, for them to work on whatever they want, be it a personal project or an improvement to anything they're working on. 3-M has done that in the 40's and now we have that little square, timesaver called post-it. Google does that and many of their mainstream products came from the 20% autonomous period employees had, like Gmail, Google Translator, among others.

This is to say that when we give autonomy to people to work in a task as they wish at the time of the day they prefer with the team they want, unexpected, innovative outcomes are highly possible. I wouldn't say always at all, and it all depends on the drives of the people. First of all, these people must be ethical professionals with an inner willingness to move on and not those competitive ones who would sell their soul for recognition, status or money. No. Here's about that genuine good worker with respectful and ethical mind that Howard Gardner talks about in the five minds for the future.

Again, I can't stop connecting all that to our classrooms, our learners. In which ways giving more autonomy to learners and the possibility of choice enhance their educational performance and their willingness to do their best? How can we change our views of students as pawns - manipulating all their moves according to what we believen they should learn - into learners as players, as informed decision-makers on how they can best achieve their learning goals? Aren't the digital tools available nowadays one of the ways we can achieve that by guiding learners, but giving them the possibility of autonomously deciding how to get there? Aren't there so many ways, so many strategies - and not just one - to successfully reaching the finish line just to get back to a starting point again and continue the never ending cycle of learning?

I certainly have no fixed answers for that, but in the role of a teacher trainer, I like to think that one way to start sprinkling this idea of self-determination and autonomy might be to help educators achieve that first. Then, they might inspire the ones around them. I'm sure that many have done that throughout their teaching years. However, more than ever this digital, connected world can help our students even more in the direction of self-search, purpose seeking, lifelong learning, drive to create, to be a true citizen-player.

Am I too idealistic, utopic? Or does it make sense? 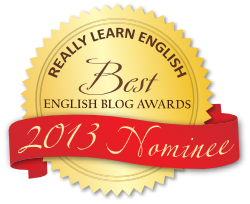